Man has created his own self-contained world that is closing in on himself.

Two men debate the same old issues and tell the dumbed-down masses what they want to hear.  As if one middle-aged decaying corrupt corpse could actually reverse our self-made death spiral.

Meanwhile, the leaves have begun to change color at this small corner of the planet.  The winds have picked up and a slight chill penetrates to the skin.  Two young people, whom believe in true love, walk in a tree-lined park holding hands admiring each other and the autumn leaves.  The colorful leaves drink the last drops of fading golden light.

Soon, strong winds will approach with cold that penetrates bone.  The leaves will be torn free to die and enrich the soil.  Little children will heap up piles and plunge into that which gave them air and now soil to grow.

The change in season hints that we are part of something infinitely larger than man and his silly age-old adolescent problems.  The earth’s tilt, rotation, and orbit around the sun determines the change in season.  The earth, the sun, our galaxy, every galaxy, are plunging through the vastness of eternity at incredible speeds with no guarantees for a tomorrow.

So let these narcissistic men twirl their wretched tongues.  I prefer to listen to the wind blowing through the trees and watching the fading light flicker among the colorful leaves.

Given I have firsthand experience of the reprocessing (term borrowed from my beloved brother known as Dragonstrand) of the middle class, I figured this post might carry some weight when taking into account the status quo for the vast majority of American citizens.  In a nutshell, I went from making at my peak $180,000 with bonus, to a three-year period of unemployment or no full-time job, to recently taking a night shift job making $11 dollars an hour with a huge corporation.  I still have two years of federal taxes to pay and over ten grand in credit card debt to pay off.  I have a few personal reasons for my predicament, but nothing that would realistically prevent me from landing a decent job at a decent wage relative to my experience and education.  I don’t really have any other options available.  I have tried to pull myself up and applied to over a thousand white-collar professional jobs during that three-year period, but I couldn’t secure a job offer despite over a decade of solid work experience and higher education from well-known undergraduate and graduate institutions.

The middle and upper middle class in America has been downsized and is being “reprocessed”.  To understand this phenomena one must agree to a fundamental principle.  Wealth, as measured by money, does not grow for the money supply in theory is constant.  Sure, those in charge of the money supply can print more money, but that simply waters down its assumed value and purchase power.  As such, wealth is merely lost by one and gained by another.  There is only one pie to cut up and serve.

In the United States, the few have mastered the art of accumulating and taking more and more and more money away from the many.  No other developed nation has such an enormous gap between those few that have most and those many that have little.  The art the few have mastered to siphon money away from the majority centers on a multi-pronged strategy and a closely knit group in powerful positions in banking, Wall Street, venture capital, huge multinational corporations, media (advertising and marketing), and government (controlled by lobbyists and big campaign donors). 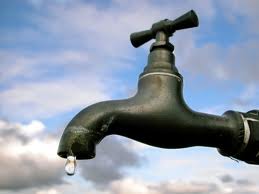 The only problem with their strategy is eventually the many have little left for the few to take and the well runs dry.  And when the well runs dry they have to figure out how to appease or deceive the mob to avoid a rebellion before they take their winnings and leave the country.  Currently, the power structure is employing delay tactics to avoid the inevitable – a revolution.  The game can best be described as kick the can.  Obama, a man of change, says the right things, but his actions are merely status quo.  And the republican presidential front-runner wants to return to the Reagan era where the wolves were set free.  The truth of the matter is that there is no way out given the current power structure.  Politics and your vote isn’t going to create any change to the fascist power complex.

My next several posts will summarize the multi-pronged strategy used by the few to siphon away money from the many.  Much of this has been discussed in this blog via previous posts, but I feel now is the time to re-iterate and summarize.  The upcoming election between a republican presidential candidate and Obama is all smoke and mirrors.  The game ahead of us is quite simply a game of kick the can.  We have reached the stage of no way out unless we are willing as a majority to make bold moves.  All that is really needed is an enlightened sense of what is and what will be if we do not act.  I am the farthest thing from a protestor or revolutionary and I have a son I dearly love, but if there is a movement with intelligent momentum, I would be willing to put all that matters in this one life on the line for the many that are yet to come. 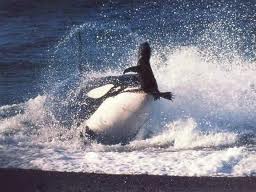 Mankind only has two options.

Live by the cold, efficient, pure laws of nature and accept the consequences, or evolve into a cooperative, humane, and intelligent species that takes control of its own destiny.  The middle ground simply isn’t sustainable under our current constructs.

Rick Santorum may eventually fade, but if he goes on to win the top political position in the country, I fear we may enter into the perfect storm.  We are in an age and time where the world needs to come together and make radical changes.  The last type of American political leader the world needs is a flash back to historic beliefs and values that aren’t in tune with reality.  Ask Rick what he thinks of over-population, environmental destruction, economic cancer, and the boiling hot religious rifts.  He is the perfect fuse to detonate the dynamite.  I have never really connected with any recent U.S. president, but I am actually terrified of Rick Santorum.

“I believe that you have an obligation to approach every issue in public life as I do from the standpoint of both faith and reason. My conscience was formed as a result of my life experience primarily through faith,” Santorum answered. “I bring that to the table. Yes, that’s who I am.”

He added: “I have an obligation not to just look at things that way but also to bring reason. I always think if your faith is true and your reason is right you’ll end up at the same place.”

The Apex beast concerns itself with food, sex, and territory.

The majority of man concerns itself with economics, marriage, and politics.

It appears the only difference between man and beast is religion.

“In the beginning, there was some sympathy toward the protesters, who believe the federal government should take action against financial institutions that cheat. In the face of the terrible recession, that message is a powerful one, and so the “Occupy Wall Street” movement got some traction.

But the more we saw and heard, the more fair-minded Americans came to believe that the “Occupiers” were not interested in legitimate issues. Many of them simply want to blow up the economic system.

The left-wing media is still trying to portray the “Occupiers” as the liberal equivalent to the Tea Party. One simple question: Would you prefer that your daughter demonstrate with the Tea Party people or with the “Occupiers”? You make the call, remembering the hypodermic needles.

A recent Wall Street Journal poll asked: Do you consider yourself a supporter of the “Occupy Wall Street” movement? Sixty-three percent of Americans say they do not support the movement; just 28 percent say they do.

Because President Obama was sympathetic to the movement in the beginning, along with many members of the Democratic Party, this presents a big political problem for them. And so officials in 11 cities got on a conference call to discuss how to deal with the “Occupiers.”

JEAN QUAN, MAYOR, OAKLAND, CALIFORNIA: What had started as a political movement and a political encampment ended up being an encampment that was no longer in control of the people who started them.

And that’s true. To be fair — and we always are on “The Factor” — some of the “Occupy” protesters are well-intentioned folks who believe the financial system is no longer fair. That’s a legitimate debate. But they have been overrun by thugs, anarchists and the crazies who intimidate. If you are a violent person, people usually back off.

So the “Occupy Wall Street” movement is dead, finished as a legitimate political force in this country. And that’s a good thing.”

Isn’t this brilliant?  Notice how often Bill mentions hypodermic needles.  Bill, you are looking for needles in a haystack!  The fact of the matter is our country is messed up.  The Occupy Wall Street movement is an adolescent event that foreshadows more severe and broader protests to come.  So wipe that cocky smirk off your face Bill.   That is a memo.

Socrates, Jesus, Darwin, Beethoven, Einstein, and George Washington came back from the dead to review the state of America.  Socrates examined our souls, Jesus reviewed our spirituality, Darwin assessed our evolutionary potential and the environment, Beethoven observed our music and culture, Einstein analyzed our employment of scientific knowledge, and Washington reviewed our political and economic environment.  All of these men were terrified by what they observed, but they couldn’t all agree on a solution or compose a clear singular sound bite for the media.

Bill interviewed this group of men and listened to each of their opinions on the current state of America and suggestions to make improvements.  He was shocked by their responses and inability to agree and design a “legitimate” solution within the current construct of our economic and political systems.  As such, he concluded they were a bunch of far left liberal loonies, crazies, and anarchists.