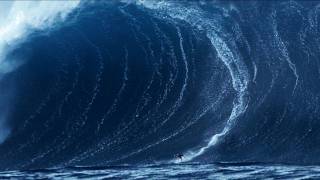 It is difficult to realize how far you have fallen in the eyes of others, without agreeing with that general perception.  You heard, from another source, that your parents look upon you as one who has made several poor decisions.  You have an intuitive feel that they have condemned you as a failure.  It must be tough to look upon a son in such a manner, but perhaps it reaffirms, in their own minds, that they made the right choices and lived life the way it should be lived.  If they don’t look upon you as a failure, then they pity you, which is even worse.

There might be a kind of bitterness between us, a divide – you made almost all of your major decisions without their counsel and support, except for one, that resulted in a lost decade and continuance on the great wave.  What good is their counsel, when they can’t understand and support your desires to break free of exactly what they believe is the right momentum — that momentum that they thoroughly embrace and from which they were richly rewarded?  You were also rewarded…so as long as you played the game.  Oh the lucky few that had parents willing to support and encourage a direction that may differ from their own and the general human gravitational pull.  I know – parents just want their kids to be happy and prosper, but often they mistakenly impose their definition of happiness and prosperity onto their kids.

And there are other disapproving and pitying eyes, friends (acquaintances), other family members, the general public, that also look upon you as a failure.  A “well educated” man, raised by a relatively wealthy family, provided with all the tools and resources to participate in and succeed with the momentum, but finds the momentum shallow and insane.   A man, in the first half of his forties, working the grave yard shift for eleven dollars per hour, divorced, a father, renting a bedroom for six hundred bucks a month, in debt, just scraping by…what a disgrace…how embarrassing…how pitiful.

You were once a respectable member of the momentum and perpetuating its course– division one athlete on scholarship, a “Vice President” hauling in good money, a family man married to a beautiful wife.  Now, you are none of these.  These things that you were perceived to be are all perceptions from the past.  The imposter has been unsheathed.  Is this a mid-life crisis?  Well, yes and no.  Your current condition can be viewed as a crisis, and you are in mid-life should you live to an average age, but discomfort in and with the momentum has been present since youth and has only increased through real life experience and observation.

And let there be no doubt, you are in a crisis, relative to the momentum.  This is certainly no joy ride… your head barely visible in the deep trough of the swelling wave.  How do you duck underneath, without being slammed to the rocks…while your limp corpse is swept ashore…food for the crabs?  And if you can duck underneath, once the wave has rolled on by, how do you stay afloat in the vast uncaring ocean?  You barely know how to swim, having simply ridden along with the momentum for so long.  And if you learn to swim, in what direction are you to go?  And the sharks, the thirst, the hunger, the heat and the cold, how will you ever make it to the safety of a new shore?

Although I once took photography seriously at one point with proper equipment and processes, I decided to get out and take some photos with my phone.  I don’t like nature staged, but what the hell.  I violated the first principle … Continue reading → 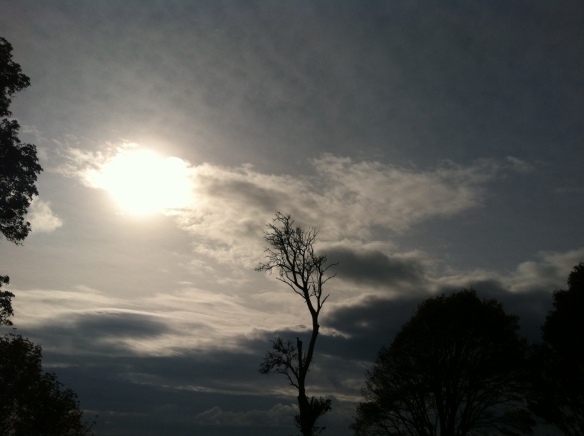 Two men debate the same old issues and tell the dumbed-down masses what they want to hear.  As if one middle-aged decaying corrupt corpse could actually reverse our self-made death spiral.

Meanwhile, the leaves have begun to change color at this small corner of the planet.  The winds have picked up and a slight chill penetrates to the skin.  Two young people, whom believe in true love, walk in a tree-lined park holding hands admiring each other and the autumn leaves.  The colorful leaves drink the last drops of fading golden light.

Soon, strong winds will approach with cold that penetrates bone.  The leaves will be torn free to die and enrich the soil.  Little children will heap up piles and plunge into that which gave them air and now soil to grow.

The change in season hints that we are part of something infinitely larger than man and his silly age-old adolescent problems.  The earth’s tilt, rotation, and orbit around the sun determines the change in season.  The earth, the sun, our galaxy, every galaxy, are plunging through the vastness of eternity at incredible speeds with no guarantees for a tomorrow.

So let these narcissistic men twirl their wretched tongues.  I prefer to listen to the wind blowing through the trees and watching the fading light flicker among the colorful leaves.